By Risokta December 01, 2016
A.Ignition system
An engine can generate power due to the combustion occurs in the engine. Powered engine combustion heat is converted into mechanical energy, called engine fuel.

Engine gasoline, gas into the cylinder is a mixture of air and fuel, the mixture is then burnt to produce combustion pressure later converted into mechanical power.

The system used is an electric ignition system, which is used to generate sparks electrical voltage as a sprinkler. Because the gasoline engine combustion process initiated by a high voltage sparks produced by spark plugs, several methods necessary to produce the required high voltage current.

B. Development of Ignition System.
The ignition system in its development has experienced many innovations that would aim to obtain ignition quality is more perfect.

a. Conventional Ignition System.
Conventional ignition systems use a breaker point to disconnect and connect the current on the primary coil. These systems require regular maintenance, especially on the breaker points due to the relationship between a metallic object with an electric current, causing rapid wear breaker point. However, this system is still widely used today. (New Step 1 Training Manual, 1996: 6-7) 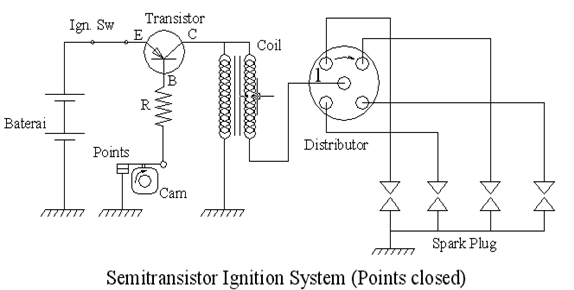 c. Full SistemPengapian transistors.
Full transistor ignition systems use a transistor to disconnect and connect the flow in the primary coil ignition coil. Meanwhile, to turn on and off transistor using a signal rotor and generator that works with electric induction. There also are to turn off and turn on this transistor using infrared sensors. (New Step 1 Training Manual, 1996: 6-7) 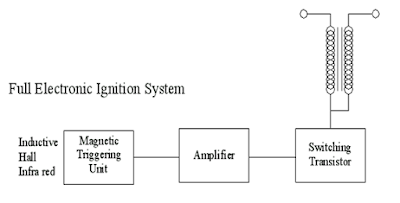 d. Integrated Ignition Assembly (IIA)
This ignition system uses full transistor ignition system only advantage is the ignition coil incorporated in the distributor so that in terms of construction is more compact and practical. (Fundamentals of Electricity Step 2, 1996: 42) 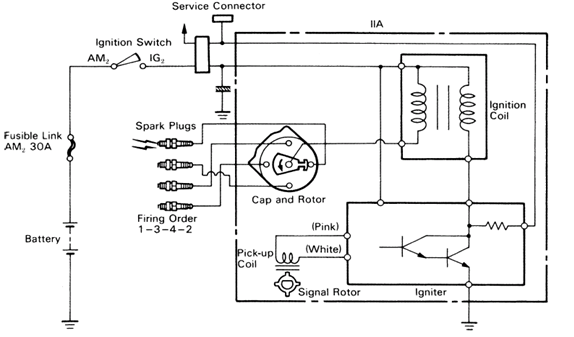 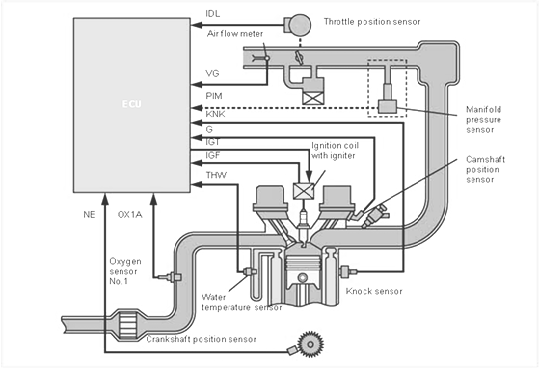 f. Distributor Less Ignition (DLI)
As the name implies the system is no longer using a distributor. The system uses a coil to two spark plugs. The setting current into the primary coil is controlled directly by the computer. The advantages of this system is the ignition coil can be placed close to the spark plug so that the high-voltage cables can be shortened, in addition to this system does not require adjustments-adjustments as on other systems. (Fundamentals of Electricity Step 2, 1996: 44) 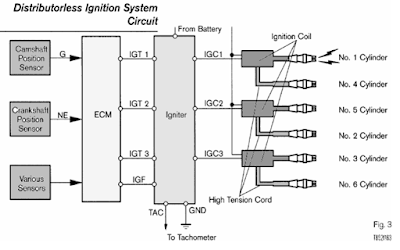 Popular posts from this blog

This just a demo text widget, you can use it to create an about text, for example.